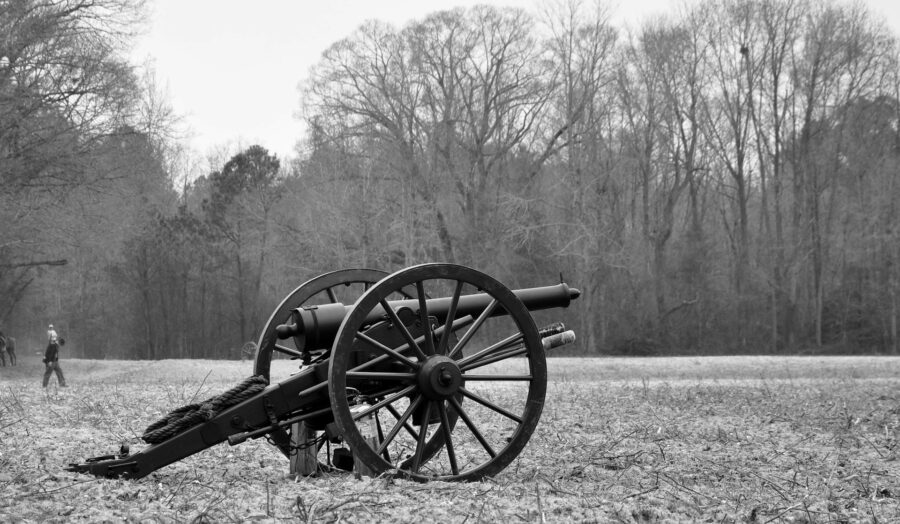 The assassination of Archduke Franz Ferdinand set off a chain reaction that led to World War 1 (WWI), known then as the Great War. The reverberations from that single gunshot were felt worldwide for many years after.

The rise of the Bolsheviks in Russia, the rise of Hitler in Germany, and the nativist America First movement all found their start in this “war to end all wars.”

While the big facts and historical events are well-known, there are many others that remain obscure or forgotten. Read on for seven fun facts about World War 1.

To serve in the British Army, your required height was at least 5’3.” As the enlistment craze hit its height, many shorter men wanted to enlist. Soldiers were in need. Rather than turn away thousands of willing men, the British created “Bantam Battalions.”

These battalions of shorter soldiers attached themselves to larger battalions. In civilian life, many of these men worked as coal miners, so they put their expertise in that field to work tunneling and trench digging.

Though they did a lot of grunt work in the field, these Bantam Battalions proved to be ineffective in battle. By the end of 1916, these battalions folded as the enlistment requirements updated.

The most recent iteration of this American phenomenon came during America’s 2003 invasion of Iraq, known as the Second Gulf War. When France refused to lend its soldiers to the war effort, Americans called French fries “Freedom” Fries.

This clever phrasing’s start is one of the most interesting facts about World War 1. Suspicious of Germans and looking to boost sales with the public, American food concerns renamed sauerkraut “Liberty Cabbage.”

It didn’t stop there. Any food with a German name got a new name. Frankfurters became “Liberty Dogs,” and bratwurst “Liberty Sausage.” Many of these names resurfaced during World War 2.

3. Creation of the US Air Force

This remains one of the most important facts about World War 1. Before this war, the United States military had little air battle presence. Until 1917, no airplane in America served as a battle vehicle.

With America’s entrance into combat, that changed. President Woodrow Wilson authorized $640 million into the aviation effort. This was the foundation for the modern US Air Force.

Commemorate this moment of American history with these beautiful Air Force Challenge Coins.

One of the most amazing facts about World War 1 is how homing pigeons were used. These “War Pigeons” were used by the Allies and the Central Forces. They were tasked with relaying important messages from commanders to the front line.

One pigeon, Cher Ami, delivered a message to troops behind enemy lines that saved the lives of 500 soldiers. Despite being shot at by German troops, Cher Ami survived to receive the Croix de Guerre award from France.

There has been much written about the Christmas Truce between British and German troops. This occurred during the Christmas of 1914. 100,000 troops dropped their weapons and joined each other in the singing of Christmas carols and celebration.

It’s a romantic story, but the truth remains disheartening. One of the reasons this temporary ceasefire occurred was due to the close proximity of the soldiers. On some fronts, it was less than 100 feet.

Being so close together reduced the hostilities between the warring soldiers so much that British General Sir Horace Smith-Dorrien proclaimed it to be the “greatest danger” to soldier morale.

This means these types of truces presented a danger to the war effort as troops from each side fraternized with one another. Fraternization between soldiers during this conflict almost stopped the war.

One of the facts about World War 1 known in literary circles (but is often forgotten elsewhere0 is the service of Ernest Hemingway. Hemingway enlisted with the Red Cross in 1914 as an ambulance driver and served in Italy.

Not yet the famed writer he’d become, Hemingway worked as a reporter for the Kansas City Star when the war in Europe broke out in 1914. From there, he volunteered with the Red Cross in France until America entered in 1917.

He made his way to Italy where fierce fighting saw Allied victories over Germany. Yet, a shelling campaign by the German Infantry saw Hemingway struck as he handed out chocolate to Italian soldiers. Wounded from shrapnel, Hemingway convalesced in an Italian hospital and received the Italian Medal of Valor and the French Croix de Guerre.

In the years after, these experiences were the basis for his novel, A Farewell to Arms. This is a novel many consider an American literary masterpiece and one of the most moving pieces about World War 1.

Of all the facts about World War 1 that are underappreciated, the contributions of nurses are the most. Over 22,000 nurses served on the Western Front. Through their painstaking work, they saved many soldiers’ lives.

Some facts about nurses unearthed through the years show the incredible sacrifices they made during the war effort. For example, an estimated 1,500 nursed died while serving.

They also made many contributions to medicine. Their efforts to combat infection revolutionized modern cleanliness standards of hospitals around the world. Their expert triage abilities changed how medical service professionals treat wounds.

The most amazing aspect? They did all of this in some of the worst working conditions ever known. The battlefields of World War 1 were brutal. That they managed to survive the frigid winters and 18-hour shifts is a true testament to the human spirit.

The Not-So-Fun and Fun Facts About World War 1

The Great War saw an estimated 40 million soldiers and civilian deaths. It was a long, atrocious war. During combat, many strange and interesting things occurred.

These fun facts about World War 1 changed modern warfare and modern health care. Though we no longer communicate with pigeons, the effects of the Great War are still felt today.

For more fun facts and interesting trivia, check out the rest of our site.