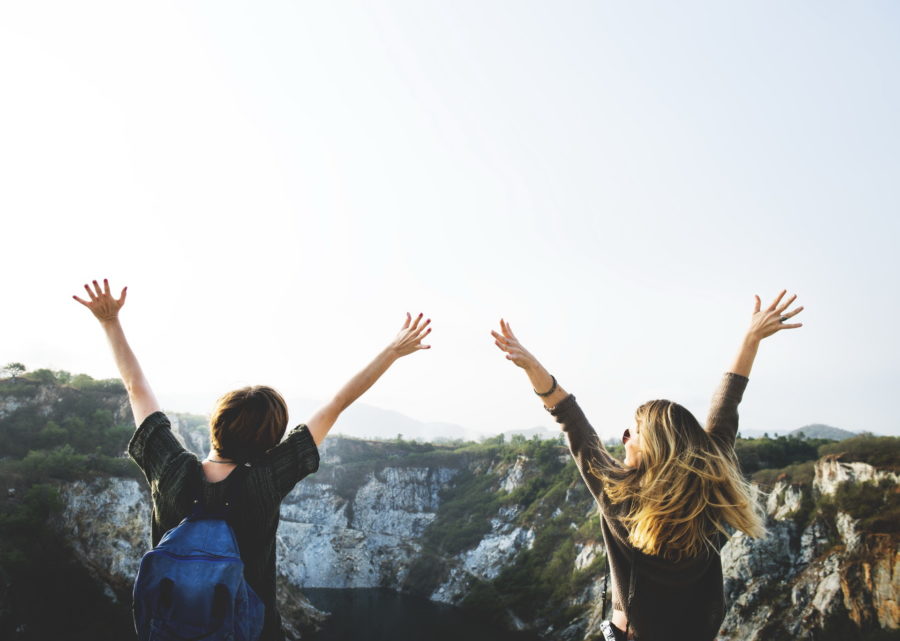 One of the greatest parts of traveling is meeting new people. Learning new cultures and experiencing things you would never experience at home. It’s not always easy to make new friends when you travel, but it is definitely easier than making new friends at home. You just have to put yourself in the right situations, and you will suddenly find you have more acquaintances and friends than you know what to do with. Here are a few of the easiest ways.

Whether do you take a week-long tour or just a day tour, a tour is one of the best ways to meet new people. I found some cool free things to do in Paris last year and met loads of cool people on some of those tours. Most often the people on the tour are just as interested in making new friends as you are. On longer tours, it often feels like a large family group. The easiest opening to make a new friend on a tour is to just say “hello, where are you from”

Although generally for the younger and rougher traveler, hostels can be for anyone. Most hostels are filled with people that are traveling the world and meeting new people. There is always something going on in a hostel. All you have to do is ask people where they are from or what they have seen. Once you start talking about travel you will find the conversation never lacks.

There are many rideshare services around the world, Grab even has a rideshare section. Instead of just taking a taxi by yourself, try sharing it with somebody else. It’s almost impossible not to start a conversation at that point. Also when you travel, taxi drivers are people too. They often want to practice their English, or chat to make the day go faster.

Sometimes you just have to take the lead and make suggestions. Say the first hello, or suggest going out for a drink. If you play cards you can even offer people to play cards. Just ask people what they want to do. Depending on the situation you can always organize things as well. Say you are all going to go out to some special restaurant, or you found a good deal on some exhibit, or there’s a band playing in the park. It doesn’t matter what it is, just get involved and see what happens.

It might be Tinder or it might be any other app that is good for the area. It can even be a dating app. It doesn’t always mean you’re trying to hook up. You can just make new friends go do things with or see things with. Meeting a nice local that you have talked to online takes a lot of the stress and pressure off when you visit. There is a benefit also that they will generally keep you away from any areas you should not go.

Making friends when you travel is one of the easiest things in the world to do. Most often other travelers are in the same boat as you and really would like to chat and make a new friend as well. It’s a low-stress environment. Meeting locals is great but it’s generally easier to meet other tourists. Locals often have jobs and busy schedules, tourists usually have nothing else to do except travel around. So do what we do and just say hello.