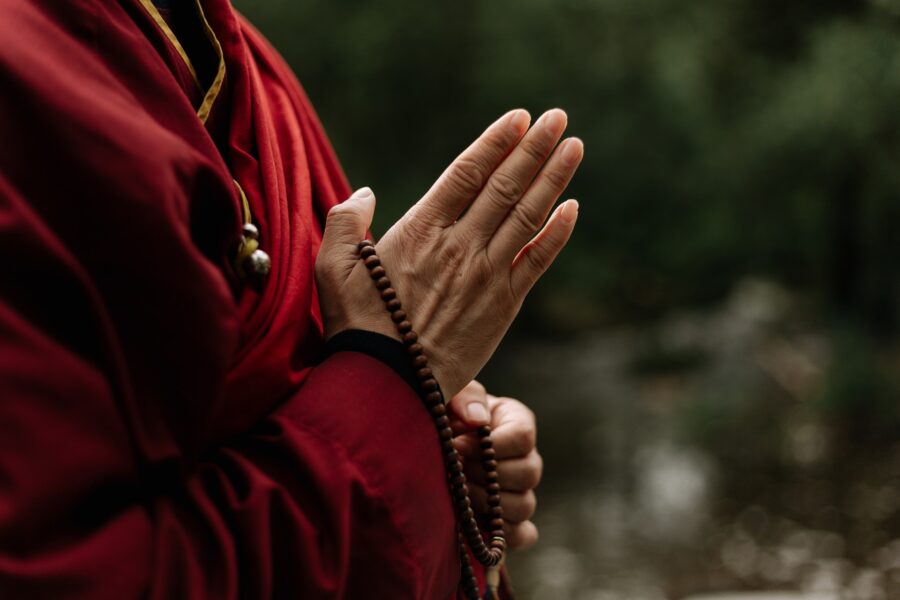 Karma was a big topic in today’s discussion with Teal Swan. That is, not just individual karma but also how our suffering fits into the larger karma of humanity and the planet. So I asked her what responsibility we have for creating huge amounts of suffering in others by creating wars etc.

“At the end of the day, we’re all in this together,” she replied. “It’s not about fixing other people’s pain, but facing our own. We’re responsible for what we create.”

I then asked her if the suffering that has been endured by humanity over its history is to be understood as a karmic payment for past errors or should it be looked at as a natural part of the cycle of life and death. Teal replied that she thinks it is both.

“That’s why I said we’re in this together,” she added. “We’ve all been through something really huge, whether it’s [suffering], or [the oppression of] another group. So we’re all in it together. And we all need to acknowledge that.”

I asked her what the human race could do to find peace with itself and the world if anything.

“There’s nothing wrong with declaring war on selective parts of ourselves,” she replied. “We’re not really at peace until we are at peace with our subconscious mind.”

She went on to say that a lot of people she works with have been searching for peace and love but have only found more pain. “They want it so badly,” she said, “but they can’t find it.” When asked why this might be, Teal explained that our minds are wired the way they are due to our life experiences. If something traumatic happened to us in the past—for instance, if we got hurt badly at school—our minds learn to protect ourselves and keep us safe.

“What is protecting ourselves hurting?” I asked her. Teal replied that it does not necessarily hurt other people until they become part of the equation. She said that some people choose to have a lot of pain in their life for whatever reason. I then asked her if she thought that the suffering we see worldwide could be designed to help us become better human beings and thus better able to deal with life on earth.

“I think it’s part of our design,” she replied. “I think we’re supposed to have a little bit of suffering here and there for the growth so that we can come together.”

Teal said that she believes some people are on earth for a soul contract who bring as much consciousness as possible to the world. She said those people must be willing to make the ultimate sacrifice by giving up their lives. She thinks people who commit suicide often do this, and she has a lot of respect for the work they do.

I asked Teal what we can do to try and bring about world peace or greater happiness in our own lives.

“We need to look at what’s going on in our subconscious mind,” she replied, “because that’s where it all starts.”

“We can’t find peace until we are at peace in our subconscious mind,” she continued. “The greatest enemy is the one that lives within us, and the greatest solution is also inside of us.”