Star trainer Willie Mullins is a man used to getting his own way in the racing game, but the Irishman had to sit and watch as he missed out on Galway Plate glory to a big-priced outsider. Mullins had a number of entries in the race but could go no better than second behind 33/1 shot Clarcam, who held on to beat Patrick’s Park to the winner’s cheque.

It was a result few saw coming, with punters, oddsmakers and expert tipsters left scratching their heads. Mullins’ talented seven-year-old gelding went to post a 9/2 favourite with bookies but those with a keen eye thought he was there to be taken on.

Oddschecker pundit Andy Holding opposed with a couple promising high returns – Slowmotion and Peregrine Run – but it was Gordon Elliott’s upstart who proved the one to be on. The eight-year-old, now carrying a record of ten wins and 16 placed efforts from 46 outings, ran his rivals into the ground, winning by a stunning six lengths under the ride of jockey Mark Enright. Patricks Park and Jury Duty crossed the line second and third. 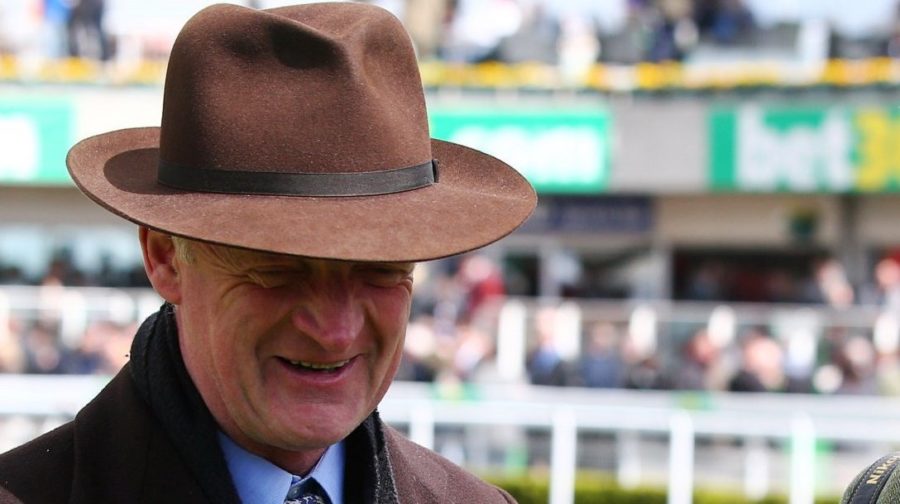 A losing favourite at a big meeting will always stick in the throat of Willie Mullins, especially one falling flat in front of an always supportive Irish audience, but the team will get over it easily enough, especially if they are to go on and land this year’s Ebor Handicap at York.

The 2018 version of this race, first run back in 1843, takes place on Saturday 25th August and the Mullins yard is very well represented. They boast another favourite in Stratum, who can be found head of the ante-post market at no more than 6/1.

A difference of opinion will always attract the attention of value hunters looking to take advantage of a gap in the market but there’s no doubt Stratum fully deserves his number one slot and support of the trading floor. The five-year-old bay will arrive at the track with a record reading two wins, five seconds and a couple of thirds from ten flat races. 9/10 in the top three is something worth noticing.

He added to the win tally when doing the business last time out around Newbury in the JLT over two miles. A 16-runner affair, the victor lived up to his pre-race quote of 11/4 (fav) with second Kloud Gate failing to land a glove on him, ending three lengths back. Timed to perfection by rider Robert Winston, the pair waited patiently in mid-division before shifting through the gears to hit the front and open a lead. His rivals couldn’t deal with the pace of Stratum that day and supporters will be eager to see more of the same.

Other wins on his record worth a mention are a maiden hurdle at Galway last September and a maiden stakes over 1m 2f at Windsor the year before. Stratum also landed third in the Ascot Stakes in June, finishing behind winner Lagostovegas and runner-up Dubawi Fifty.

Following that win at Royal Ascot, jockey Robert Winston spoke to the racing press, giving his opinion and shedding light on what could be ahead for this progressive sort.

“He was too keen at Ascot,” Winston remarked, “and it was a very muddling race. This is just stepping stones at the moment. I think the possibility would be the Ebor next for him. I don’t think we have seen the best of him yet. I think there’s more to come.”

Interestingly, despite past achievements as a racehorse trainer, the Ebor is a trophy Willie Mullins has won only once before. The spare popped up in 2009 when Sesenta won for Gary Carroll off a stunning 25/1. That stat may put a few off the favourite, as will the fact there hasn’t been a winning favourite in any of the last ten renewals; Purple Moon SP 7/2 being the last for the Luca Cumani and Jamie Spencer partnership. Sticking with that thought and in the last 20 years, there’s been only two. In that period, we’ve had some big-priced winners including Mudawin at 100/1 (2006) and 33/1 Litigant (2015).

That’ll ensure there’s interest in another outsider at the end of August and there’s certainly plenty to pick from. Here are four of the main contenders according to bookies…

Ebor Handicap ante-post second favourite is Hamada, currently on the line for 12/1. The Charlie Appleby representative has an eye-catching record of four wins and two places from six, having never finished outside of the front three. The four-year-old bay gelding got off the mark with a third in August 2016 in a maiden stakes at Newmarket, trailing Ghayyar and Glencadam Glory. He went closer next time, second in another maiden at Sandown, held by Atty Persse.

The penny dropped and it has been winning ever since. He got off the mark at Pontefract in a 1m 2f maiden, winning by six lengths before going from strength-to-strength. Next came a useful handicap at York two furlongs further than over 1m 3f at York in May of this year. Handlers knew there was more to come and they were proven to be correct when Hamada gave a career-best to beat Shraaoh in Newmarket’s Gordon Handicap by seven lengths with William Buick on board.

Following that performance of the day showing in the Gordon Stakes, Charlie Appleby got fans excited for the future when giving his opinions on what may lie ahead for his runner.

“Potentially we might be going on a trip to Australia. We’ll start a campaign down there with the Melbourne Cup in mind.”

Bookmakers don’t appear to be overly impressed on his chances down-under and have as much as 33/1 available on Hamada winning the Melbourne Cup on November 6th. That list is currently topped by ante-post jolly Withhold but a winning performance in the Ebor would see his odds slashed. 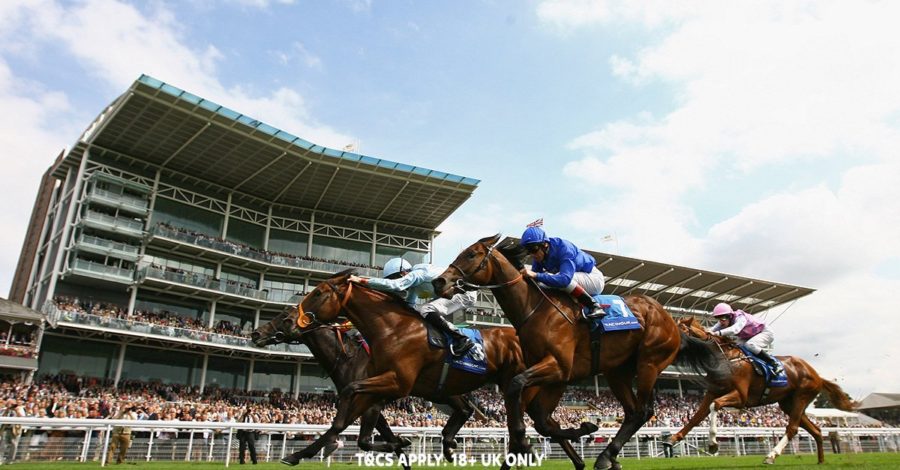 Blakeney Point goes in as third-fav and you’ll a market best price 14/1 if going with this experienced five-year-old. He has won only six of 22 but those victories are difficult to ignore, especially when we see a useful Dubai Duty Free Handicap at Newbury ahead of favourite Temple Church who crossed the line back in fifth. Also secured the Squirrel Handicap at Leicester towards the end of last year, Night Of Glory getting no closer than fifth.

Roger Charlton knows the ability of this horse when he’s in the mood and followers can take heart from recent efforts. He landed fourth in listed company when contesting the Tapster Stakes, Goodwood in spring and matched that result last time out in the group three Glorious Stakes at the West Sussex venue.

Chelkar is yours at 16/1 if you want him and there’s plenty with an educated eye who will. Another for Mullins, he’s yet to win in this country having campaigned in France but the early signs have been promising and if there’s one man who’ll get the best out of the five-year-old visitor it’s Mullins. Made his UK debut in the Ascot Stakes, beaten by Lagostovegas, but there wasn’t an awful lot in it.

Ryan Moore gave him every chance that day and he was no more than 2 ½ lengths behind the winner. Disappointed at Galway in the Connacht Hotel over two miles and that will stick in the throat of some, especially as he went in at 9/2 and only beat one rival home.

Dash of Spice leaps off the page with an appealing price tag of 16/1 attached. The four-year-old colt wears the David Elsworth colours and he’s another quickly heading in the right direction. Elsworth had the Ebor winner in 2003 with Saint Alebe returning 20/1 and it would surprise no one if he were to double up 15 years later. Dash of Spice has won two of his last three, nailing the Out of the Ordinary Handicap at Epsom and Ascot’s Duke of Edinburgh Stakes.